We’re making headway, building crowds. Check out the #UNRIG schedule to find a stop near you – including an explosive July 4th stop at Mount Rushmore.

Beginning on June 1st, a frenzied corporate media — in a typical carefully choreographed, collective uproar  — demonized an off-handed comment by a retired general with no institutional power who appeared to wistfully encourage a Myanmar-style coup in the United States.

Meanwhile, the same outlets outright refused to report on the most flagrant violation of Constitutional executive authority, arguably, in modern American history.

Major developments are coming out of Maricopa County as the Arizona Senate continues its audit of the 2020 election.

Given that the United States President has, for the first time in American history, called for an economic boycott and economic sanctions of a member state over dutifully and legally passed legislation, a reader passed along questions he’d like to see the White House press ask of the administration they claim to cover.

The questions refer to President Joe Biden’s call for an economic boycott of Georgia over its decision to pass SB202, which will put into place mild election integrity reforms.

History is repeating…  including recent history.  But so many of my fellow Trump Supporters didn’t start paying attention to American political landscape until 2016—so they think this is new.  It’s not.

In addition to the parallels to the tyranny of 1776— you need only look back to 2008-2010 to see near identical tactics and narratives (voter fraud, racism everywhere, open borders, pandemic planning, government over-reach)…  not only by the left… but more importantly the duplicitous GOP.

They Have Betrayed the Constitution – Overwhelming Evidence of FBI Corruption

The American people, regardless of political affiliation, should be bellowing a primal scream of outrage in light of the new evidence–overwhelming evidence at that–of the FBI’s corruption.

If you have not read John Solomon’s latest revelations about the contents of formerly classified FBI documents that were declassified one week before Donald Trump left Washington, DC, then you need to take the time. You can read it here. 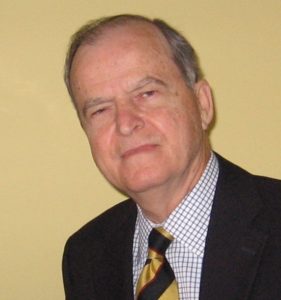 ENDING THE 1901 PLAN: Storm Arrives To Deal With It

Since the 2016 campaign for U. S. president began, Americans have witnessed an intense demonstration of the globalist cabal’s influence in the three branches of federal government. This remarkable learning experience was made possible by the historic election of an anti-cabal president, Donald J. Trump, who has benefited from adequate personal security in office for the first time since President Andrew Jackson self-protected with his own pistols during 1829-1836. President Trump has done much more than merely survive the cabal’s actions against him and the nation; he has mounted a multi-national counter-assault to disable, disarm and destroy the power centers and principals of the globalist cabal.

END_OF_DOCUMENT_TOKEN_TO_BE_REPLACED

There are however signals that the President is fully aware of all the permutations, and a massive positive advance looms.

While 5G and secondary biowar attacks — particularly in Italy and Iran — continue to be ignored, at least publicly, I now believe the President is fully aware, very angry, and certain to be taking decisive action behind the scenes.

Full Text with Links of Answer Letter Below the Fold

END_OF_DOCUMENT_TOKEN_TO_BE_REPLACED

5G Transmitters Have Been Turned ‘ON’ in Two US Cities

Verizon announced that its 5G cell towers will be turned ‘on’ for the first time in the US in parts of two cities, Minneapolis and Chicago. Activist, Gary Gileno, points out that millimeter waves were used as weapons by the US in war zones in the Middle East. Trump is pushing 5G with the justification that the US is in competition with China to be the first country to use 5G systems to monitor and control all human activity. Sprint will test its 5G system in Atlanta, Chicago, Dallas, Kansas City, and Los Angeles within the next two months.