The Federalist Senior Editor Mollie Hemingway purported in her op-ed that the Washington Post’s fabricated quotes on Trump is but part of the media’s entire “fraudulent” narrative on Georgia during the elections.

Donate to the Cartoonist  Directly: http://paypal.me/baileytoons

(The Center Square) – A complaint filed with Attorney General Mark Brnovich claims the son of an Arizona lawmaker lives in New York even though records show him having voted in both Arizona and California for years. 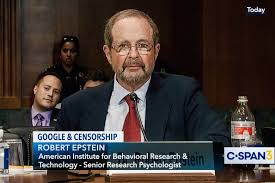